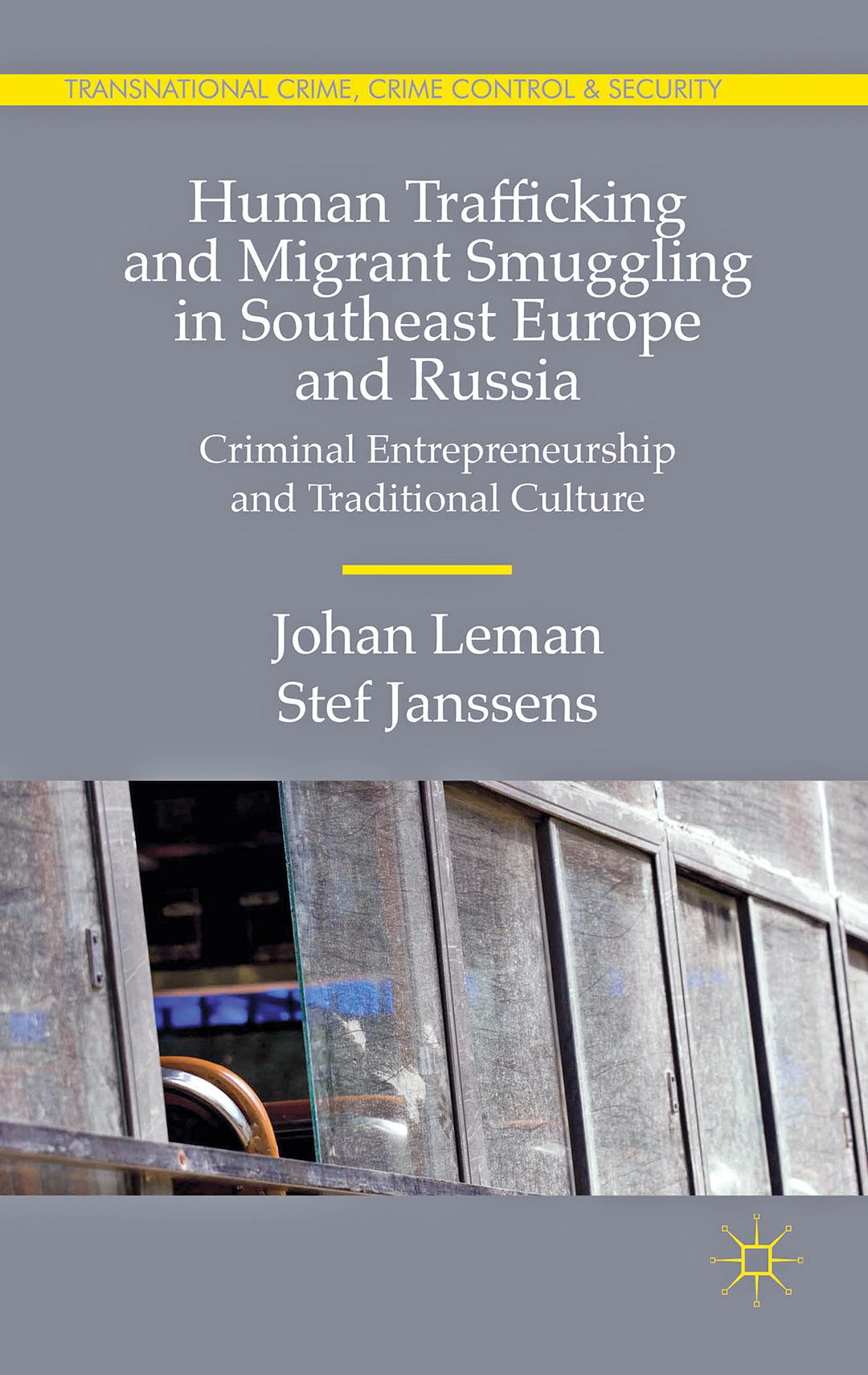 Human Trafficking and Migrant Smuggling in Southeast Europe and Russia provides an in-depth look into the dark world of international crime networks by examining human trafficking and migrant smuggling from and via Southeast Europe and Russia to Belgium. Since the end of the Cold War, a fundamental change in the nature of national borders has also affected international movement in the age of globalization. With the implementation of the European Single Market, internal borders and barriers were abolished to enhance the free movement of goods, capital, services and people, with the intention of stimulating trade, increasing competition and specialization, and improving production efficiency. However, the abolition of internal borders and controls has also benefited organized crime tremendously. Each year, a growing number of men, women and children fall into the hands of human traffickers and smugglers. Today, trafficking affects almost every country — as a point of origin, transit or destination for victims.

Belgium is a particularly interesting country for human trafficking and migrant smuggling, given its geographical position in Europe — with France, Germany and the United Kingdom as neighbors — and its status within the European Union. To provide a comprehensive exploration of organized crime, the authors use interdisciplinary perspectives by presenting highly varied and thorough judicial files of Belgian court cases, as well as case studies and police reports. Numerous distinct patterns of behavior are identified among the groups engaged in human trade in Belgium. The significant number of cases investigated and prosecuted provides compelling insight into the mechanisms of these criminal networks.

This book examines how criminal networks, which are mostly motivated by economic payoffs, arrange mutual agreements and collaboration across borders. The book also investigates the structures and trust patterns involved in these networks and addresses whether criminal networks opt for greater internationalization, or more specialization in a niche market, to further develop their business strategies. Operational methods, the influence of traditional cultural practices, the uses and disposition of the funds generated and details of the brutal lives of the victims are revealed. The analysis allows us to understand the cross-national networks behind trafficking and smuggling, as well as the extent to which their success is highly dependent on the capacity to organize logistics. This occurs not only in terms of the already well-established routes used to transport people around Europe for sexual exploitation, but also the traffickers’ need to obtain false documentation, create false marriages and exploit their customers to keep their victims within Europe. The authors also address trafficking at the level of the victims and customers, providing a detailed understanding of the recruitment processes, control and possible exploitation modalities employed in committing these crimes. Finally, the writers explore the question of whether and how the victims are able to retain some form of control and authority over their own situations.

The most fundamental insight presented is that criminal networks are learning organizations that quickly adapt to government efforts to defeat them. Governments are bound by regulation, which requires debate and legislation, making government action a long-term process, while criminals operate much faster and adjust to evolving circumstances. Human traffickers and migrant smugglers in Southeast Europe and Russia have demonstrated a willingness to learn at the highest organizational level and draw upon past mistakes to further evolve; and such constant adaptation is essentially what keeps their businesses running.

It is not surprising that human traffickers and smugglers have exploited the abolition of borders, which has resulted in greater ease of transporting victims and illicit goods within Europe, adding to the already complex nature of international criminal networks. Therefore, the authors call for a multifaceted response to counter such illegal activities by addressing the victims and facilitators of human trafficking, following the money during criminal investigations, and — perhaps most important — working collaboratively on an international scale to address activities stretching far beyond national borders. This book provides a very comprehensive exploration of human trafficking and migrant smuggling in Eastern Europe and Russia and will be of great interest to criminologists and anthropologists studying international organized crime.  ο