The country focuses on building military and police proficiency

Two Mi-17 helicopters were taking off, their blades chopping the air. The huge aircraft were moving forward, one behind the other. The engines easily lifted the heavy, metal aircraft that loomed as large as a Hindu Kush mountain.

The two aircraft, carrying 30 commandos, were performing a night mission in Azra village in Logar province, 100 miles south of Kabul. A small but treacherous group of terrorists were asleep in their beds. Just days before they had forcefully taken hostage an impoverished farmer and his family. They chose this particular location to rest and prepare for their next operation because they assumed they would be out of reach of Afghan National Security Forces (ANSF).

The terrorists were weary from a day of planning the assassination of the district governor. They didn’t detect the distant, faint, rhythmic sounds of helicopters flying through the night sky — a sound that has become commonplace over the years. Over the next few hours, Afghan commandos assaulted the house, neutralized the threat, captured the surviving terrorists, gathered or destroyed the terrorists’ weapons and equipment, and departed via helicopters — all before the sun came up. 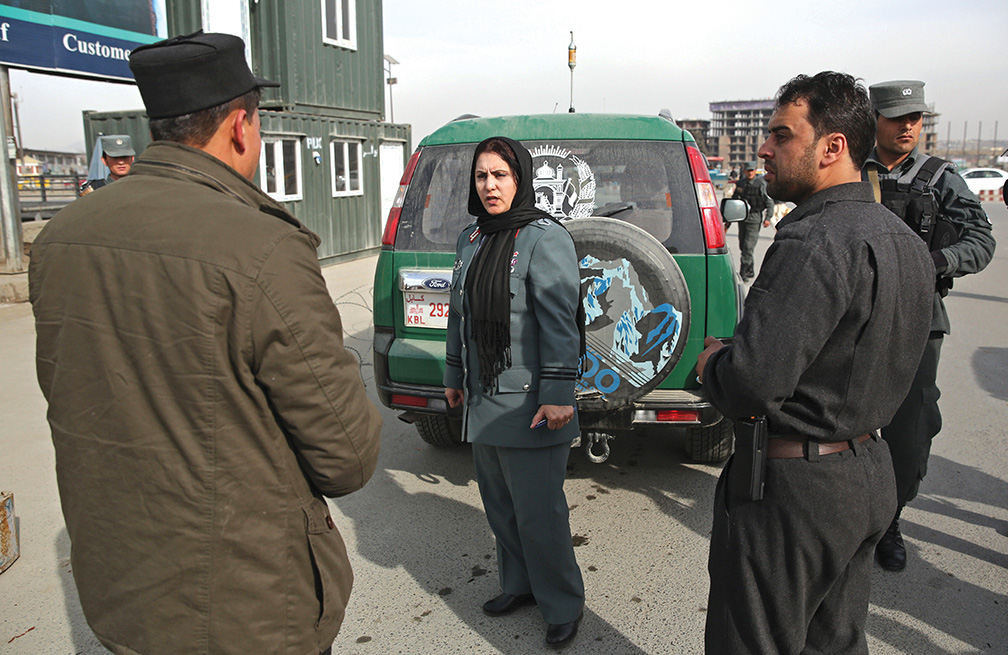 In years past, these kinds of operations were mostly coalition planned, led and executed by supporting coalition aircraft manned by coalition pilots and aircrew. Today, they are conducted entirely by Afghans. Aerial support for these complex operations comes from the Afghan National Army (ANA) Special Operations Command’s Special Mission Wing (SMW), hundreds of officers strong.

The core members of the SMW have been flying and maintaining the Mi-17 helicopters in Afghanistan for decades, but the unit’s direct roots date back to 2005 when they were part of the Ministry of the Interior’s National Interdiction Unit. In its current form, the SMW was stood up in July 2012 as a joint military-police effort.

The SMW isn’t alone is providing a sense of increased professionalism in Afghanistan’s security sector. The National Academy of Army Officers — Afghanistan’s equivalent to Sandhurst Academy in England — opened its doors to academic activities in January 2013. Along with other military educational institutions, the purpose of the academy is to provide training for young Army officers and consequently deploy them as platoon commanders in the ANA. The academy’s total capacity is 1,200 people, which makes up three battalions.

The first battalion consists of 270 students who are graduates of the 12th and 14th grades and universities. These young people have been gathered from among the 2,500 students who have successfully passed exams. An entrant must be a citizen of Afghanistan, have a national identification card, and be between 18 and 26 years old.

Noncommissioned officers (NCO) attending the academy must have served on active duty for at least three years, reached the rank of command sergeant major and possess proper academic qualifications. Physical health is a necessity, and drug addiction is a disqualifier. With the exception of military school graduates and NCOs serving in the ANA, applicants must voluntarily request, sign and complete all relevant forms.

Volunteers must not be affiliated with any group,  organization or political party. Entrance to the academy is determined by competitive exams and merit, although the academy reserves 10 percent of the spaces for women.

The British government has provided most of the initial help with startup. But once the academy’s administrative and academic structures are firmly in place, about 126 trainers from Australia, Denmark, New Zealand, Norway and the United Kingdom will arrive to continue developing the academy.

Improvements in police professionalism are visible everywhere. A sign of the times is the appointment of Gen. Jamila Bayaz, the country’s first female district police chief. She oversees the Kabul police district, which protects some of the most important neighborhoods in all of Afghanistan. If the presidential palace, government ministries and the country’s central bank weren’t enough, the general is also responsible for providing security for some of the nation’s most important bazaars and money exchanges.

A career police officer whose exemplary service helped her rise to the top of the police hierarchy, Gen. Bayaz is part of an elite corps of women in a force that remains nearly 99 percent male. Her promotion to district police chief in April 2014 — a role in which she commands 400 officers — marked an important milestone in the security of the country.

“I decided to join the police force in 1978 after graduating from high school and getting accepted to both the Faculty of Engineering and the Academy of Police,” said the general, one of 1,600 female Afghan police officers. “I strongly felt a pull to wear the police uniform and serve the Afghan people as a police officer. It has been an honor working my way up the ranks by demonstrating high performance and earning the trust of my colleagues.”

“The 119 Emergency Call Center is the only source which provides ‘voices’ to the community,” said Afghan Gen. Mohammad Humayoon Ainee, who heads the organization. “Every day, 119 ECCs receive more than 1,000 phone calls from the community who are reporting various cases, mostly emergencies, which the police provide immediate services to the community on a daily basis, 24 hours a day.”

Training for both police and soldiers occurs at the ANA Combat Service and Support School.

The school’s commander, Col. Ahmad Parviz Baryalai, has watched the institution evolve since its establishment in 2005. Today it educates soldiers and police officers in logistics, human resources, finance and other fields. International partners have provided mentoring. A new course of study is dedicated to the use and maintenance of mine-resistant, ambush-protected (MRAP) vehicles. Afghan forces recently took possession of more than 250 MRAP vehicles from coalition partners.

The Afghan National Police was created in 2002 with a focus more on combating terrorism nationally than fighting crime locally. But the past few years have brought a greater focus on police-community relations.

More than 30 years of almost continuous conflict have left their mark on relations between Afghan police and the communities they serve. But during the past three years, thousands of Afghan youth spread over 15 provinces have interacted with police officers on the friendliest of terms as teammates in sporting contests.

The nongovernmental Sport and Youth Development Organization (SYDO) sponsors dozens of teams that pair citizens with police officers to train and compete in tournaments. Sports include volleyball, football, basketball, badminton, taekwondo and karate. This exercise in creative policing and community outreach has helped build trust among the more than 2,000 police officer participants and the community.

“One measurable indicator of that trust is increased willingness to report crime and security incidents, but we do not mean to imply that this is the only impact of the program,” SYDO President Zia Dashti said. “The benefits associated with this program also include educating people about the values of participatory democracy, team building and learning to hold themselves and the Afghan government responsible for the state of affairs in their respective communities and nationally.”

Its commander, Maj. Gen. Sayed Abdul Karim, not only believes ANASOC forces will help Afghans enjoy security and prosperity, but can aid other regions dealing with instability.

“If we keep building and improving our forces … one day in the future, we will be part of multinational forces to go somewhere else in the world if there is a conflict,” Gen. Karim told CNN in 2014. “That is what I hope for.”

← A Battle of Narratives and Identities
Moscow’s Disinformation War →