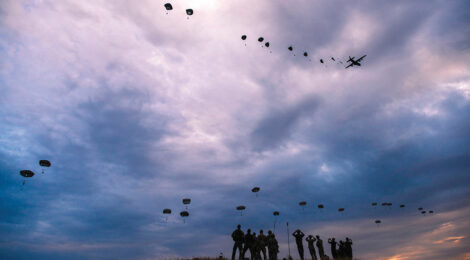 The Kremlin’s hybrid warfare campaign against NATO and the European Union — in particular the subversive activities against Eastern European members — is the most substantial challenge to allied and Bulgarian security. Bulgaria, being a NATO and EU eastern-flank member state, is significantly exposed to Moscow’s systematic subversion strategy aimed at obstructing the building of a strong national security and defense system. This is detrimental to Bulgaria’s efforts to become a strong security provider within NATO and the EU.

The good news is that in 2018 Bulgaria updated its 2011 National Security Strategy, and hybrid threats have been duly incorporated, coupled with a sound reassessment of the external security environment after Russia’s illegal annexation of Crimea in 2014. The ongoing shift in the geostrategic and military balance of power in the Black Sea region is also taken into consideration. Moreover, Sofia updated its National Defense Strategy in 2016 to better enable its defense organization to meet the growing challenges of hybrid war. Nonetheless, these steps are not enough, given the gravity of today’s challenges. Therefore, it is necessary for Bulgaria to have a new strategic document that explicitly addresses hybrid threats. 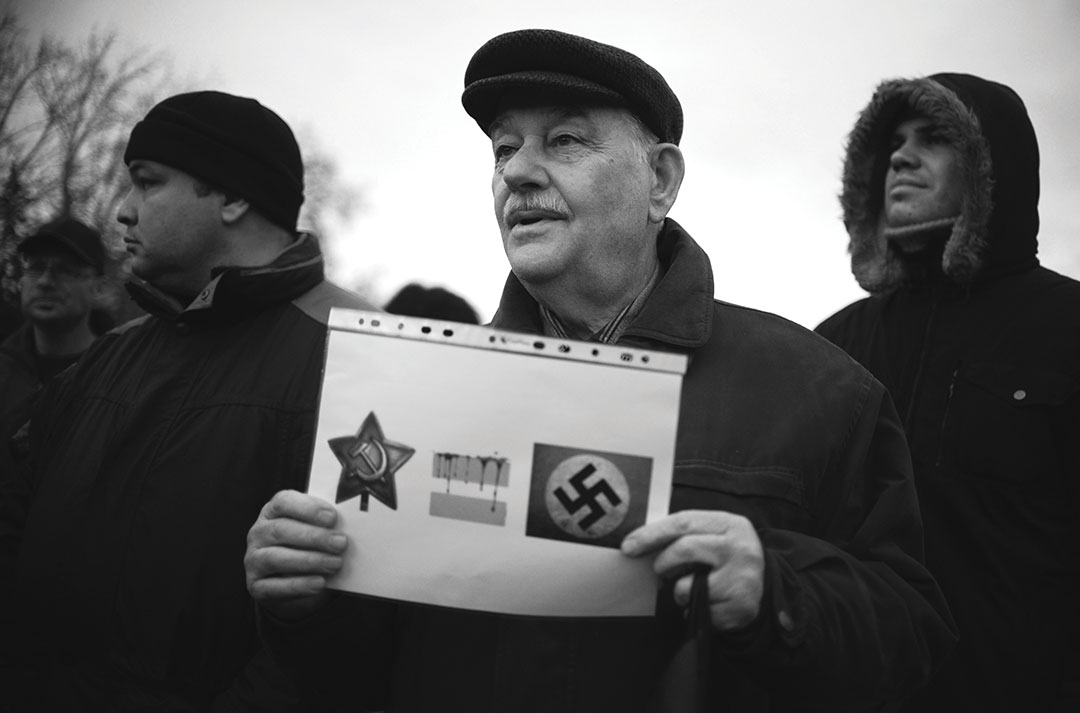 A man protests Russia’s invasion of Ukraine in March 2014 as he stands in front of the Soviet Army Monument in Sofia, Bulgaria, with a sign equating the Soviet Union with Nazi Germany. Bulgaria, a former Warsaw Pact Soviet client state, is uniquely vulnerable to Russian hybrid warfare tactics. AFP/GETTY IMAGES

Writing this strategy should be an interagency effort, bringing together all the relevant Bulgarian institutions under the general coordination of the Council of Ministers. The participation of people from various structures, such as the ministries of defense, interior, foreign affairs, finance, economy, energy and transport, and the intelligence and counterintelligence agencies, and other relevant bodies, would support improved interagency coordination. NATO and the EU should be consulted to incorporate the best practices and lessons learned to date. The document should be approved by the government and endorsed by parliament. Bulgaria has begun a review of its national security protection system and strategic defenses. This is the time to create such a document and to fix the existing gaps in the national security system regarding countering hybrid threats.

The first aim of this effort is to address strictly national Bulgarian weaknesses. This is the reason why its text should be centered on the most demanding existing domestic vulnerabilities that are now, or could possibly be, exploited by external hostile powers. In this respect, its table of contents should contain the following topics at a minimum:

The introduction must first answer the question of why the strategy is critically needed. It should make crystal clear what it aims to achieve. A concise description of hybrid war and hybrid threats should be given, without delving too deeply into theoretical and academic details. Most important, it should emphasize that hybrid war is not “declared,” and that it is already being fought, a practical lesson to be learned, the sooner, the better. Nowadays, many countries in Europe are vulnerable to hybrid threats, primarily due to their inability to understand the nature and timing of the attack, or even that they are under attack at all. Therefore, they are not able to assess what is really happening and hence, to effectively organize their defenses. As hybrid war is above all a war of perceptions, if a country is under hybrid attack and its leaders are unable to comprehend that they are de facto in an undeclared war, then defeat is only a matter of time. Such a strategy helps decision-makers understand as early as possible whether their country is under hybrid attack through the monitoring of specific indicators.

A realistic analysis of the fundamentally changed European security environment since 2014 should be incorporated, focusing on: Bulgaria’s regional perspective and especially on Black Sea regional security in the context of Russian aggression against Ukraine, frozen conflicts, the militarization of Crimea, the buildup of Russian naval forces, and growing Russian anti-access/area denial capabilities. Based on an analysis of the strategic environment, this document should explicitly spell out the main sources of hybrid threats to Bulgaria. 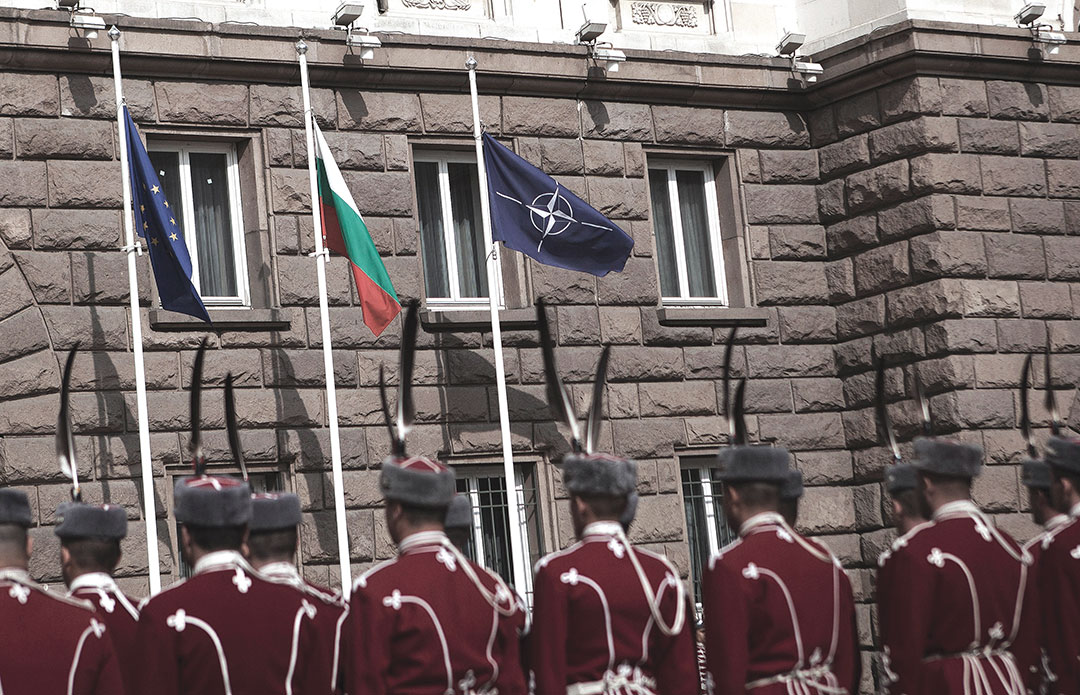 A Bulgarian military honor guard attends a flag-raising ceremony in 2014 in the capital, Sofia, to mark the 10th anniversary of Bulgaria joining NATO. REUTERS

A detailed chapter with solid evidence should be dedicated to concrete national vulnerabilities to hybrid threats. This means spotlighting specific areas of hybrid activity against Bulgaria. This could be a difficult analysis and at some point might be politically sensitive. But its inclusion in the strategy is a necessity if the document is to have teeth and deliver results. Without claiming to cover all potential areas, this chapter should contain at a minimum the following topics:

The risk of illegal migration and the potential for external powers to use it as a tool to carry out hybrid activity.

Another chapter should be dedicated to providing specific recommendations and options for bridging identified gaps. This would help strengthen national resilience to hybrid threats. Resilience is understood as the capacity to prevent a threat from materializing and, if it nonetheless does, the ability to rapidly recover and return to normal. The NATO vision for dealing with hybrid threats focuses efforts in three main directions — preparation, deterrence and defense. As a NATO ally, Bulgaria should use this strategy to translate the NATO vision into actions on the national level.

To be successful in countering hybrid threats requires putting due emphasis on cooperation and coordination. This is a two-tier activity, having internal and external dimensions. This should be the content of the next chapter of the strategy. The first tier is developing and improving internal, interministerial and interagency coordination in tackling hybrid threats. The strategy should propose measures to make interaction among national-level institutions effective and rapid, emphasizing the improvement of early-warning and quick-reaction capabilities. Designating a state-level coordinating body, most logically a structure under the prime minister, together with adopting strict procedures for effective interinstitutional interaction, should also be taken into consideration at this juncture. The second tier consists of integrating more into NATO and EU processes, procedures and structures. Working more closely within NATO and EU frameworks, and thus sharing best practices and seeking joint solutions, would be of critical importance to successfully dealing with the challenges of today and tomorrow. A good step forward for Bulgaria would be to join the European Centre of Excellence for Countering Hybrid Threats in Helsinki, Finland, which helps participating countries build capabilities and enhances EU and NATO cooperation in countering hybrid threats.

Another chapter of the strategy should be dedicated to the resources needed to effectively deal with hybrid threats and, in particular, the requirement to ensure sufficient financing of the national security sector, including the military. To this end, NATO allies have committed to spend 2% of their gross domestic product on defense.

Lastly, the strategy must be a living document, open to periodic review, so that evolving security challenges are taken into account. The timeline of the document (at least five years) and the mechanism for reviewing and updating it should be recorded in the final chapter.

The process of developing a Bulgarian National Strategy for Countering Hybrid Threats would simultaneously serve a number of valuable purposes. First, this process would help spot existing national vulnerabilities to hybrid threats and identify ways and means to overcome them, better preparing Bulgarian institutions to tackle them.

Bulgaria, which has been under the Kremlin’s subversive hybrid influence for many years, provides a good analytical subject for conducting an in-depth case study. The lessons learned could be quite useful not only nationally, but also for NATO, the EU and their member countries. Developing the strategy would support such an analysis. This would also provide a good opportunity to exchange relevant, up-to-date experiences with NATO, the EU and key allies, as well as to develop practical cooperation in this field.

Finally, initiating the process of writing and officially endorsing this strategy would provoke negative reactions from some politicians. This political opposition would make transparent the internal Bulgarian actors who are against Bulgaria being a robust, resilient, effective and more integrated NATO ally and EU member state. Furthermore, this state of play, together with the quality of the document that would finally be approved, would serve as a perfect chance to shed light on the actual scale and depth of the Kremlin’s penetration of Bulgaria’s political system.

The views expressed in this article are those of the author and do not necessarily reflect the official policy or position of the minister of defense of Bulgaria or the Bulgarian government.