Hybrid War in the Lands in Between

REVIEWED BY:  per Concordiam Staff 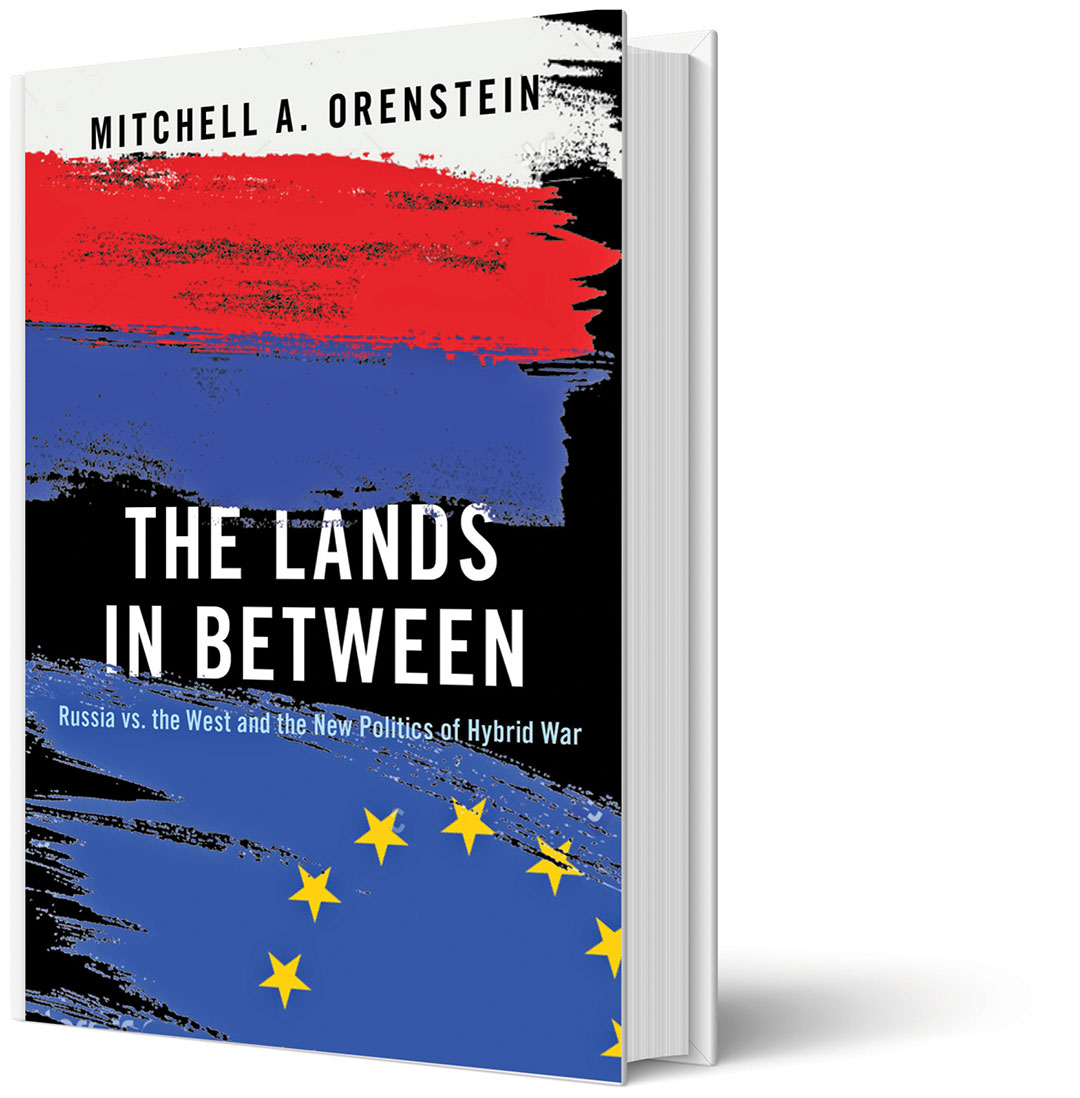 Mitchell Orenstein assures us that his book, The Lands in Between: Russia vs. the West and the New Politics of Hybrid War, is not just about the small, poor countries nestled in between Russia and the European Union. There is much more at stake because these “lands in between” are on the front lines of what he describes as a geopolitical conflict fought with conventional and unconventional tools, such as cyber warfare, hacking, money laundering and the threat of nuclear war.

Orenstein is well-placed to explain this assault in his short, compelling and easy-to-comprehend treatise. He is a leading scholar of the political economy and international affairs of Central and Eastern Europe, and he is a professor and chair of Russian and East European studies at the University of Pennsylvania and senior fellow at the Foreign Policy Research Institute. His premise is that former Soviet republics and satellites in Central and Eastern Europe and Western/Central Asia face “civilizational pressures” from Western democracies and the Russian behemoth.

Although the Soviet Union is dead, Orenstein explains that for a Russian government determined to win back the former Soviet empire, the very existence of NATO and its security guarantees to member states constitute a threat. An enlarged NATO alliance threatens Russia’s attempts to [re]establish itself as a great power with a legitimate sphere of influence — whether or not the lands in between acknowledge or accept that influence.

Or, to put it in more plain terms, “where the West sees democracy promotion as a strategy for promoting peace in Europe, Putin sees it as an act of war against Russia and his regime in particular. … Russia regards the battle for influence in the lands in between as a zero-sum game, to be won or lost.” This conflict of visions has led to a conflict in reality as Russia conducts hybrid war and operates in a gray area, daring Western nations to stop it.

Russia calls its actions a campaign of “strategic deterrence,” “reflexive control” or “new generation warfare.” But Orenstein notes, “Russia’s objectives are to polarize, disable, and ultimately destroy the European Union and NATO without incurring too great a reaction from the West.” In this largely covert hybrid war, Russia has used a wide range of tools: spying, cyber warfare, funding for anti-EU political parties, media campaigns and disinformation, support for nongovernmental organizations and pro-Russia paramilitary organizations, and military interventions against countries signing association agreements with the EU, such as Ukraine.

The author calls out the West as a whole for reacting so slowly to this nonkinetic aggression: “Western countries faced powerful economic incentives to improve and deepen relations with Putin’s Russia. Few in the West wanted to acknowledge the existence of a hybrid war that would disrupt business and force countries to increase military expenditures.” Given this stubborn fact, is it any wonder that some regional leaders seek to cut deals with Russia to maintain freedom to maneuver as sovereign nations?

Despite the seeming value of such flexibility, following this path is both shortsighted and dangerous. Of course, having endured the Russian boot for nearly 50 years, one cannot imagine why Hungary, Moldova or, until 2014, Ukraine, should not wholeheartedly and unreservedly embrace the liberal democratic and economic institutions of the West. This is not so easy, however, when one resides on the geographic doorstep of an irate Russia angered at its reduced influence within what it considers to still be its domain.

Orenstein looks with understanding, if not agreement, at the Hungarian and Moldovan leaders and the flexibility they have employed in balancing competing interests. In the lands in between, the geopolitical environment seems to demand it. “In countries where mass politics is extremely polarized — fought out between media and political forces that are fiercely pro-EU or pro-Russia — the greatest power and wealth flows not to ideological partisans, whose gains are often partial and transient, but to the power brokers who position themselves to profit from the enormous passions and insecurities of both sides.” It is the task of the EU and NATO to persuade these leaders that their countries’ best interests are with the West and not with an unreliable and self-interested Russia.

Orenstein also looks at Belarussian President Alexander Lukashenko and observes: “Lukashenko embodies the political paradoxes that haunt the lands in between. Caught between two powerful neighbors pulling in different directions, politics in these countries has become sharply, intensely polarized.” Lukashenko has made flexible choices that perplex, frustrate and, in some cases, infuriate not just leaders in Russia, but conversely, leaders in the West who had imagined he was taking his nation on a path toward Western liberalization.

Orenstein sums it up succinctly: The main issue in national politics within the region is whether to join Soviet Union 2.0 or to achieve national independence within an EU framework.

“The lands in between can choose closer relations with the EU, a huge and successful market characterized by rule of law, freedom of speech, anticorruption campaigns, visa-free travel, educational opportunities, and a path toward Western prosperity, but at the risk of high inequality and increasing internationalism. On the other, they can choose to be part of the new Russian empire, where they share a common culture and history, speak the same language [or, at least understand Russian], and benefit from long-standing trade and employment ties, but also suffer from a top-down system of corruption, a weaker economy, and a state propaganda machine that feeds a debilitating belief in conspiracy theories.”

Regional leaders, known for their flexibility, have not conceded the unsurmountable contradictions here. They ought to consult with the people of Ukraine. “Prior to 2014, the median voter in Ukraine wanted closer relations with the EU and Russia simultaneously and did not worry if these goals were mutually exclusive. Ukrainians simply wanted good relations with both sides,” Orenstein writes. However, “when Russia grabbed Crimea and Eastern Ukraine in order to prevent Ukraine from joining the EU, it pushed a majority of Ukrainians into the pro-EU camp and made them see Russia as an enemy. Geopolitical orientation and nationalism became firmly aligned.” Ukraine today enjoys a national identity and nationalist patriotism previously inert. This is not necessarily the West’s doing; it has been nurtured through hard experience with Russia’s heavy-handed and dismissive treatment of Ukraine as a sovereign country.

Orenstein believes these nations inevitably must choose a side. The lands in between need firm assistance and reasons why they should reject Soviet Union 2.0. The West can provide this by rearticulating the values of political liberalism, equality before the law, protection of minorities, and the benefits of democracy, all values that are under attack — in both the lands in between and in the West. They are the values the Marshall Center promotes so successfully. “It may be a long struggle,” Orenstein writes, “but the West needs to put up a vigorous defense in the face of an onslaught from domestic populists and foreign spoilers.”  ο