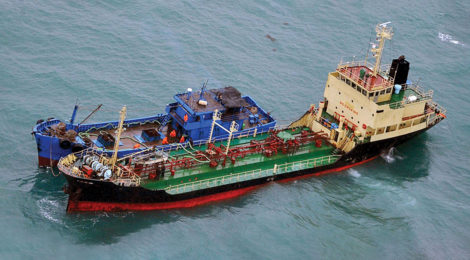 By Dr. Paul Rexton Kan  |  Photos by The Associated Press

National security professionals should care about transnational organized crime (TOC) for a variety of reasons. First, it is now part of the strategic environment and it contributes to international instability. TOC has been dubbed “deviant globalization,” the dark underbelly of globalization, and because of its complexity, law enforcement officials find it very hard to peel away the illegal activities from the legal activities because they are intertwined. Unless one can accept shutting down legal globalized trade, then shutting down TOC will prove to be a nearly insurmountable task.

Another reason to pay attention is the national security environment in which military forces, law enforcement officials and policymakers must operate. TOC is an integral part of many fragile states, whether it’s drug cartels or terrorists running arms or insurgents skimming drug profits for their operations.

To understand how TOC groups operate, one must dispel some myths and stereotypes. One is their use of excessive violence. True, they are involved in heinous acts of violence. Violence becomes part of the illegal market when there is no market regulator. In addition, gun violence is often used to settle disputes, though not all of the time. But many illegal markets and illegal activities are quite peaceful. A TOC environment of constant violence is a mischaracterization. Some experts regard as old-fashioned the notion of measured violence in TOC. The new TOC style is more likely to use violence to destabilize governments than to shake down merchants or kill rivals. In effect, they use violence for two purposes: to control internal operations and to create an environment in which they can operate free of government interference. 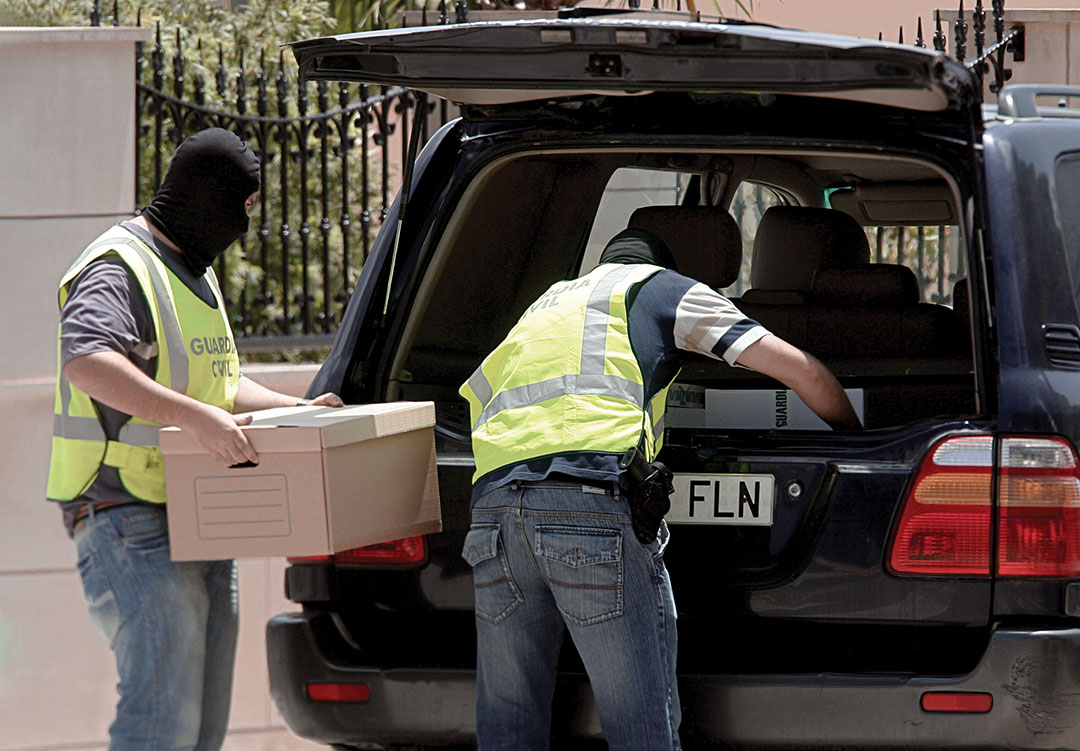 Spanish police carry confiscated material from a raid to break up a major Russian mafia gang in Calvia, on the island of Mallorca, Spain. The police accused 20 people of laundering proceeds from crimes that include contract killings and arms and drug trafficking.

This leads to the second myth, that governments are not involved in organized crime. For instance, North Korea has an entire portion of its government, Central Committee Bureau 39, dedicated to criminal activities. This is not a case in which law enforcement turns a blind eye or colludes with organized crime. Rather, Bureau 39 is a state-level organized crime actor. The government has nationalized organized crime to the state’s benefit. When Vladimir Putin first came to power in Russia, there was considerable mob violence on the streets of Moscow. Putin nationalized mob violence to benefit the state, putting the illegal activities under the Kremlin’s control. And he weaponized organized crime to work for the state’s interests abroad, whether through Russian banks or through the Russian mafia working in conjunction with groups abroad to send money back to Russia. This has become part of the statecraft of some governments or, in some rare cases, an emergency measure.

The idea that the government is engaged in illegal activity seems incongruous. If the government does it, how can it be illegal since the government has the right to make the laws? This is not such a great leap because many see organized criminal groups as a form of government with their own kind of bureaucracy.

Likewise, is it really transnational organized crime, or is that just a fancy way of saying “smuggling,” for example, which if unregulated by the state can be more or less left to its own devices. By operating outside of government protection, though, it will need to inflict violence to protect its operations.

Comprehending the mindset of TOC groups is not easy. For national security professionals, there are books by military theorists, such as Carl von Clausewitz, Antoine-Henri Jomini or Sun Tzu. There is no great organized crime strategist who has written a treatise to match those theorists. Without this, one is left to cobble together from observation what might be dubbed the five “laws” of TOC.

The first law is establishing a profit-based business in an illegal market. An “entrepreneur” provides some product or service that is not permitted in the legal world, such as drugs or prostitution. The second law concerns the use of directed violence, rather than random violence. Violence is employed to obtain internal cohesion, keep the group together, or identify people who may or may not be working for the good of the group. Or violent acts may be committed to prevent others from entering a territory or to settle disputes.

The third law for successful TOC is state corruption. Some interface with state agents is necessary. Whether through police, customs, politicians or judges, criminal groups must find ways to corrupt government gatekeepers with bribes or some other form of coercion. The fourth law concerns internal cohesion. What binds the group together? Is it only profit-based? Or, is it more about a connection with the community? The fifth law for successful TOC is obtaining some community acquiescence. There must be some benefit to the community, or the organized crime group will face broad resistance to its operations. Understanding these laws can help strategists and national security professionals confront the challenges presented by TOC groups.

In the contemporary international security environment, it is important to make a distinction between low-intensity conflict (intrastate wars, civil wars, insurgencies) and what might be described as high-intensity crime (such as the excessive violence practiced in Mexico or Central America and previously in post-Cold War Russia). One must ask, why is this sort of violence occurring? And one must make a sharp distinction between what is politically motivated and what is criminally motivated. Thus, if Clausewitz talks about war being an extension of politics, then for criminals, violence is an extension of the profit motive. Understanding that helps better frame the discussion for military professionals and policymakers.

Also worth considering is what I mentioned earlier; namely, that states such as North Korea and Russia employ crime as an instrument of state power. This is not organized crime alone; it is the state organizing crime under its auspices. Understanding the difference between low-intensity conflict and high-intensity crime allows national security professionals to distinguish what is happening and how to build better policies, rather than look at all things as “war” or assume that the government is inherently on the side of law enforcement and the courts.

Recognizing these assumptions about how the world operates can help to properly shape and target available responses. This may mean moving out of a war paradigm and into a law-enforcement paradigm. For instance, there is a difference between a car bomb and a bomb in a car. Using a car bomb is a tactic that terrorists or insurgents would use to create maximum damage or increase the body count, whereas a bomb in a car specifically targets an individual. True, that might be part of an insurgent strategy — killing a police officer or killing a mayor. But for organized crime, it might be simply getting rid of a rival. How one examines these things affects how one responds.

It may seem that defeating or eliminating organized crime is just a pipe dream or a fairy tale that can never occur. All wars end, but crime does not. So, if one accepts that organized crime is largely about illegal profits, then there is no strictly military strategy that can defeat the law of supply and demand. One must approach the problem as a management issue rather than a problem that can be solved. And one must take care not to enact policies that may spur or create illicit markets and therefore generate instability. In applying sanctions, for instance, some may spur organized criminal activities by those trying to evade them. This is not to say that sanctions should never be imposed. But governments must find better ways to target them and how best to manage the consequences. That remains the great challenge.

Dr. Paul Rexton Kan is a professor of national security studies at the U.S. Army War College. He is the author of the books Cartels at War and Drug Trafficking and International Security and of numerous articles on the intersection of illicit networks and contemporary forms of conflict. He was the senior visiting counternarcotics advisor to the International Security Assistance Force headquarters in Kabul, Afghanistan, and has briefed the U.S. Office of National Drug Control Policy.

This article has been adapted from the War Room “warcast,” a production of the U.S. Army War College at Carlisle Barracks, Pennsylvania. The views expressed are those of the author and do not necessarily reflect those of the U.S. Army War College, U.S. Army, the U.S. Department of Defense or the Marshall Center. To listen to the actual conversation, go to https://warroom.armywarcollege.edu/podcasts/organized-crime-not-what-you-see-on-tv-a-warcast

← Following the Money
Hybrid War in the Lands in Between →