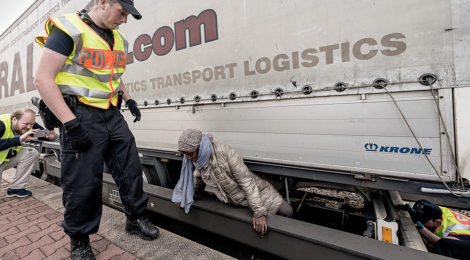 Migration has been a challenge for Germany on the domestic, security and foreign policy fronts. Migration and security are global challenges that no country can meet on its own. Opting for either a strictly national approach or, in contrast, relying only on global or European solutions will not solve the problem. The strategy most likely to succeed is a sensible mix of national policies and global or European policies. The refugee crisis, with all its consequences, became a litmus test for Europe in the summer of 2015, and it can only be solved at a European level. A coherent response by all European countries is required to find acceptable long-term solutions. A strong Europe is needed — because only a strong Europe can meet the challenges of migration and provide for its security.

In late summer 2015, Germany was faced with an unprecedented situation of extreme urgency: Every day up to 8,000 people crossed the Bavarian border. Gyms were turned into reception centers. The Bundeswehr offered shelter in its barracks and provided support. When the wave of refugees reached its peak, more than 9,000 soldiers and thousands of volunteers were there to help.

Much was accomplished, but many things went wrong. Not all of the people who entered Germany were identified because there were no controls. Many municipalities and federal states were overwhelmed and left to their own devices. In some places, refugees in emergency shelters outnumbered the town’s population. The Federal Office for Migration and Refugees was not prepared for this onslaught and mistakes were made, such as the case of Franco A., who was admitted under the pretext of being a Syrian refugee, although he did not speak a word of Arabic.

The Bavarian government reacted quickly and presented a package of measures to de-escalate the situation. It was agreed that such a situation should and would never happen again. Two primary goals became the focus: citizens’ security, and effective controls on the number of refugees. The introduction of border controls inside the European Union was a first important step in re-establishing a certain order. One thing is absolutely certain: A state should know who is on its territory. This is a sovereign duty that a state cannot give up. If this duty is delegated, as Germany delegated it to the EU, the borders must still be kept secure. Securing Europe’s external borders also implies that the state — not the human traffickers — decides who may come to Europe. 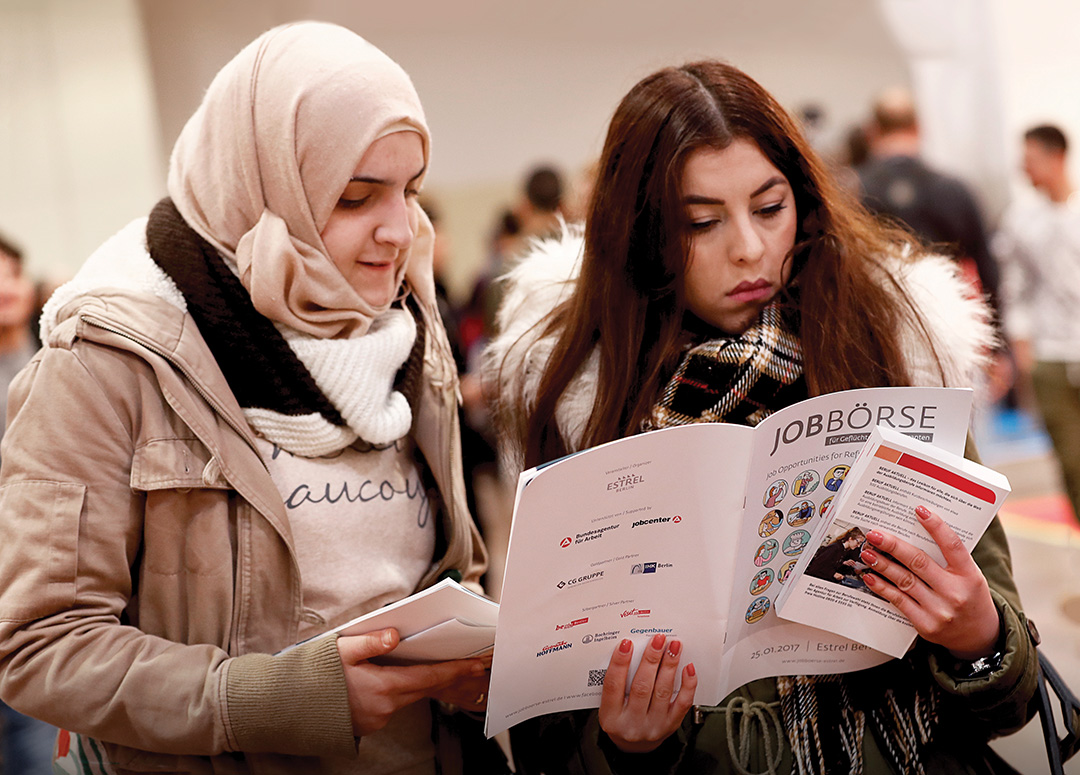 Germany has vastly increased the staff of the Federal Office for Migration and Refugees, which happened more quickly than changes in other government agencies, and the federal states and municipalities now receive much more financial support. Two laws were swiftly passed that drastically tightened asylum legislation, the biggest change in asylum legislation since the 1990s. Deportation laws were also tightened, and more countries were defined as safe countries of origin.

Germany has paved the way for coping with migration. But now is not the time to sit idle. Now is the time to implement a limit on refugees per year. Reception capacities are limited and only a certain number of people can be successfully integrated at one time; therefore, those seeking refuge in Germany from war and oppression would also benefit from a limit.

Asylum procedures must also be expedited. Rejected asylum-seekers need to be deported more quickly. Transit zones need to be established on the border. Procedures are needed to differentiate at the earliest possible stage between people who need protection and those who do not. It is simply wrong to let everybody in and let them stay for several months, only to find out that they do not qualify for asylum status and need to be sent back at great expense and effort. To allow for careful and fair examination of asylum applications and, where appropriate, repatriation, asylum procedures must be bundled and processed as quickly as possible for all newly arriving asylum-seekers in decision-making and repatriation centers. They could be returned directly from these facilities when an application is rejected. Even the much-discussed family reunification for subsidiary-protected asylum-seekers needs to remain suspended. We must include Algeria, Morocco and Tunisia on the list of safe countries of origin as soon as possible. The migrants from the Maghreb are mostly economic in nature and have no chance of successful asylum applications and, therefore, burden the asylum system unnecessarily.

Those are the tasks that can be solved at the national level. But coping with the refugee crisis in general requires an overall European approach. No country can do this on its own; joint and coherent action is required. Now it is Brussels’ turn to reform European asylum legislation. What’s needed, and needed fast, is a standardized asylum procedure and harmonized social standards for the entire EU. This is the only way to prevent big refugee rushes into certain target countries.

At the same time, internal border controls need to be extended. An important first step would be to upgrade Frontex and turn this agency into a European coast guard. The EU-Turkey agreement and the closing down of the Balkan route have made an impact. In addition, increased efforts are needed to stem the flow of migrants across the Mediterranean Sea and, in particular, from Libya. All of these efforts need to be maintained while insisting on joint European solutions. This is not only a matter of solidarity, but the only viable approach.

Things are improving. Despite the difficulties, Europe is making progress. The European Court of Justice has clearly rejected waving through migrants and confirmed applicable EU asylum law. The latest judgment of the court is an important step toward a regulated EU asylum policy. This judgment gives hope that things will change for the better.

Security is a subject that needs to be considered in a larger context. Providing security is, and has always been, the primary responsibility of the nation states that make up the EU. Promoting cross-border cooperation, pooling resources and improving the exchange of information are all needed. Information fragmentation increases vulnerability. Failing to act in time, such as the case of Anis Amri, who carried out a deadly attack on a Christmas market in Berlin in 2016, can have devastating consequences. 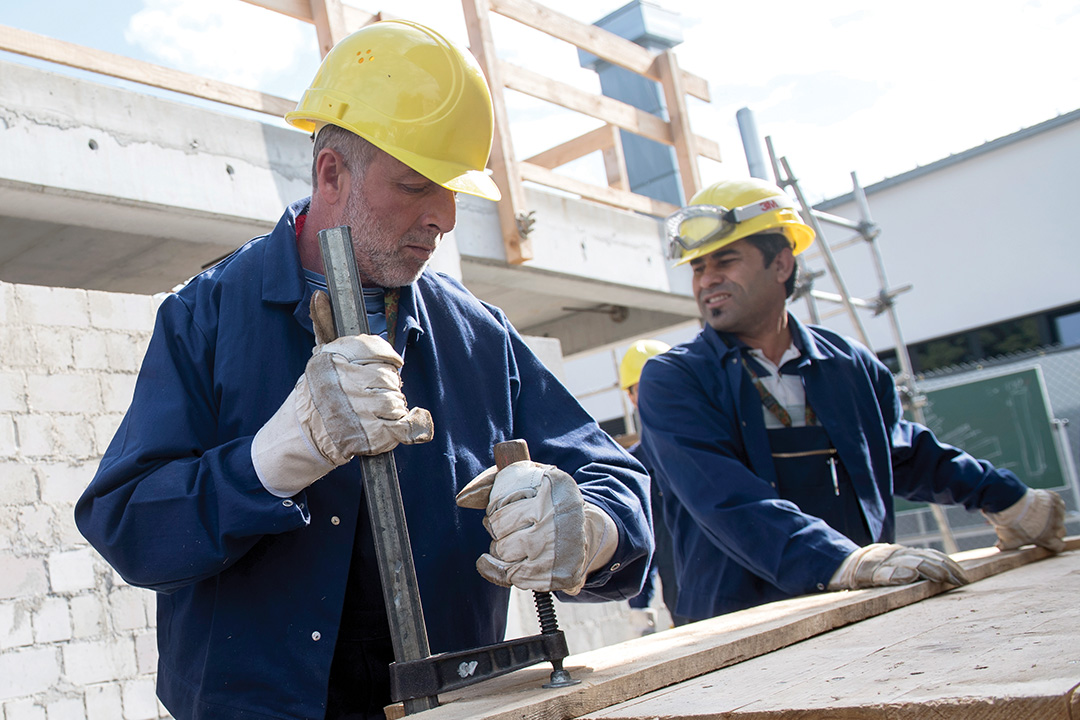 To better exchange information at the EU level, the Schengen information system has been adapted and renewed. It includes a system to register entry and exit. The work on creating a legal framework for cross-border prosecution has started. And at the same time, the fight against the financing of terrorism has become more effective. In 2016, counterterrorism efforts were drastically increased. Nearly 7,500 federal police jobs were created. Funding is expected to increase by more than 2 billion euros by 2020. A counterterrorism unit was created to react to threats.

No doubt, the horrible Islamist terrorist attacks have changed people’s sense of security in Europe. We need the European community as well as close ties with our traditional partners — above all, the United States — in the fight against Islamist fundamentalism. Therefore, Germany must fulfill its obligations to NATO. The Bundeswehr must continue its modernization process to meet future challenges. An investment and modernization offensive is required to increase the Armed Forces’ capabilities and enable them to meet demands and requirements. Germany should adhere to its self-imposed commitment to NATO partners and significantly increase its medium- and long-term defense spending.

When dealing with security and migration issues, it is important to look beyond conflicts and politics and consider the causes of the crises and migration waves that result from a lack of development. Even before the refugee crisis began, it was clear that the war in Syria and the lack of prospects for people in Africa were having a direct impact on Europe.

More effort is needed to fight the root causes of migration. Stagnation and lack of opportunities cause migration waves and the radicalization of young men. That means effective cooperation is needed to create prospects for development. This requires a further increase of the development budget. The target of 0.7 percent gross national product spent on development assistance has been met for just the first time. Now it must remain stable at this level in the coming years. A responsible and comprehensive approach to security policy will only be successful if the budgets for defense and development cooperation are increased simultaneously.

If Europeans don’t solve the root problems, migrants will continue to come to Europe. It is in Europe’s interest to prevent states from failing or collapsing. Instability leads to war, terror and migration. More must be invested in crisis prevention.

In times of global change and turmoil, challenges such as migration and terrorism provoke an epochal change in security policy and require Germany to take more responsibility in its trans-Atlantic and European partnerships. Germany and Europe are about to adapt their security policies. In this context, broad debate is needed to analyze, categorize and meet the global challenges.