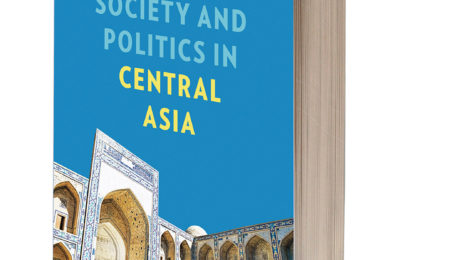 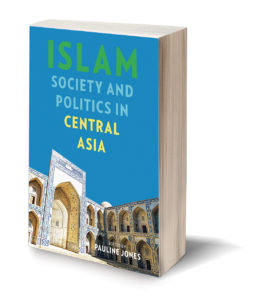 Published by: University of Pittsburgh Press, 2017

Civil violence is worrisome no matter where it originates or where its proponents strike. But in the case of Central Asia, it is a bit of a puzzle. After the dissolution of the Soviet Union in 1991, the newly independent Central Asian states — Kazakhstan, the Kyrgyz Republic, Tajikistan, Turkmenistan and Uzbekistan — underwent an “Islamic revival” as indigenous beliefs resurfaced after a long winter of Soviet repression. Such a revival led many to assume that Central Asia would join the larger Islamic bloc, leading, it was also assumed, to the same forms of social unrest and political power grabs seen in the 1970s and ’80s when similar Islamic revivals swept across the Middle East. That this did not happen to any great extent has caused scholars to analyze Central Asia and its relationship with Islam as perhaps a unique phenomenon.

Pauline Jones, author and editor of the anthology Islam, Society and Politics in Central Asia, states that “we still lack a thorough understanding of: (1) the extent, nature, and meaning of Central Asia’s Islamic revival, and (2) its social and political impact over time.” Her intention is “to shed light on both of these major questions by bringing together an international group of scholars from a variety of disciplines who offer a fresh perspective based” on their own academic pursuits and their on-the-ground observations in Central Asia. These 12 contributors include orientalists, anthropologists, a journalist and independent scholars of Islam.

Each chapter is devoted to a contributor’s special interest. These range from unregistered religious figures in Central Asia to a study of Islamic financial institutions. Jones, director of the International Institute at the University of Michigan, divides the book into four overarching areas of study: “The everyday practice of Islam”; the changing nature of “state policies” in regard to Islam; the actors on the local religious stage; and an examination of how exposure to the Islamic world outside of Central Asia is affecting the Islamic revival in this region and, consequently, how states are responding.

To understand the hunger for spirituality in this area of the world is to appreciate the physical reality of its inhabitants. What contributor Tim Epkenhans says of the Tajiks can, with little variation, be said of the Kazakhs, Kyrgyz, Turkmen and Uzbeks: They all endure a “daily struggle with economic deprivation, exploitation … violence … endemic corruption, a collapsing education and health care system, political and social marginalization as well as the absence of the rule of law.” Indeed, contributor Vera Exnerova points out how “some scholars have argued that Islamic revivalism … has been a strategy for coping with an increasingly ineffective central state.”

Authoritarian leaders in Central Asia maintain power in such a milieu by controlling expressions of revolt. For example, they concede the importance of Islam in the lives of their people, but rather than allow their people unfettered access to Islamic scholars, they have instead officially repackaged Islam in a way they deem acceptable. The trouble with such a state-sanitized religion is that it can lead the dissatisfied to fulfill their spiritual needs underground. Contributors David Abramson and Noah Tucker are quick to point out that this does not necessarily mean turning to violent extremist groups. “Much more often,” they write, “Central Asian Muslims turn to other forms of spiritual authority, often outside the mosque or madrasa,” such as the internet, sacred sites or nonclerical religious leaders.

Jones explains that this impulse of the state “to regulate the dominant religion stems primarily from the fear that Islam will serve as an alternative ideology that diminishes loyalty to the regime, and hence, a potent source of political mobilization against the regime.” She cautions though that this attempt “to control the potential for religion to mobilize opposition … [can have] the perverse effect of fostering popular resistance in a variety of forms that challenge the stability of Central Asian governments.”

This snake continues to eat its tail as “popular resistance” then triggers the state to exaggerate “the threat of extremism … [and creates] an environment in which thousands of people have been imprisoned under brutal conditions,” write Abramson and Tucker. But the question remains, why then “has tension between the secular state and religious communities been more pronounced in some geographic areas than in others?” Contributor Alisher Khamidov suggests a simple and homegrown answer: “Violent confrontations between the state and religion are not necessarily a result of political repression, ethnic discrimination, foreign involvement or a clash of civilizations.” Rather, they are the result of a state enforcing unpopular policies without first negotiating with local power brokers. The use of indigenous power brokers can soften bitter transitions and avert violence. “Clannishness, tribalism, regionalism, and localism are often depicted by government officials and some scholars in a negative light,” Khamidov writes. “But the study … shows that under certain circumstances, informal structures can play a powerful role in mitigating conflict.”

Where Jones shines in Islam, Society and Politics is in weaving the accounts of these contributors into a cohesive whole — giving readers a multidisciplinary exploration of the subject. My only reservation is that by using such a chorus, the narrative is robbed of the clarity of a single voice making a concise argument.